ALBUM HIGHLIGHT: Neutral Milk Hotel – In The Aeroplane Over The Sea

Cult-status is an odd deeming quality for any subject, but especially for records. Usually, records with a cult-following didn’t originally hold the status, as it became a slow-drip to achieve that particular amount of status. For example, we can see a drip of acclaim in a sadder light with artists like Nick Drake who never saw musical success until after their death.

On the other hand, you have an album like the Velvet Underground and Nico’s self-titled release from 1967 that didn’t start selling or growing an appreciation until years later. No matter what specific album you’re talking about that falls under the eventual acclaimed spectrum instead of immediate acclaim, it’s odd how that happens to a lot of great records.

Did people not understand the record right away? Or is the entire ordeal random? I suppose it doesn’t matter one way or the other as it’s great for us music fanatics to digest and inhale as many great records as we can. Nevertheless, for this Album Highlight, I have the iconic In The Aeroplane Over The Sea by Neutral Milk Hotel.

Neutral Milk Hotel was an experimental indie folk-rock band from Ruston, Louisiana that formed in 1989 by Jeff Mangum initially as a home recording project. After the release of the debut full-length of On Avery Island in 1996, Neutral Milk Hotel became a quartet in 1997 with the addition of Julian Koster, Scott Spillane, and Jeremy Barnes.

Speaking for myself, I first heard the record in middle school upon a YouTube recommendation that randomly popped on my laptop. Truth be told, I wasn’t in love with it right away. It actually took me a number of listens to understand it a bit and by the time the 20th listen came on, I was in love with it. The album cover initially drew my attention to click on it as it seemingly makes no sense as artwork, until you hear the record. Then you realize it’s a perfect album cover for the sounds found on the album.

Soon after releasing In The Aeroplane Over The Sea, the group began to see a small amount of critical acclaim, with many loving the surrealist lyricism and chaotic vocal delivery of Mangum. Success was on the horizon, but the public interest in Neutral Milk Hotel got to Mangum. A year after it’s release, Mangum broke the band up and disappeared from the public eye.

In return, the breakup caused an even more underground love for the record as a band who had just released this ethereal and enthralling album was no longer in existence. Prior to 1998, there weren’t many records that sounded anything like this record. Even by today’s standards, it’s challenging to find an album with such a novel sound and odd backstory attached to it.

I understand the annoyance an album like this can have on someone who gets displeased by hype in general. Still, in reality, there’s a reason this album is so treasured and there are irritating fans attached to every record, which is something every music fanatic has to put up with.

Musically, the album is a cross between indie rock and psychedelic folk and is characterized by its intentional lower quality sound. Besides the strict strumming of Mangum on the acoustic guitar and booming accompanied drums, the album also features odd instruments such as a singing zaw, a Casio digital horn, and uilleann pipes.

The tempo often ships mid-song, while dense layers of distortion and noise fill tracks and transitions, leading the listener to a formidable state. The album’s first track King of Carrot Flowers Pt. 1 is a perfect representation of what you’ll expect. It begins with Mangum’s forceful-strumming guitar and strong-diction vocal delivery, with a sound of abnormal instruments accompanying it.

The catchiness and psychedelic nature of the record take a strangle hold with King of Carrot Flowers Pt. 2 & 3 as a fuzzy captivating ending of the track makes us feel an unusual combination of fuzz and folk.

The formula of the record works eminently, working yet again with the title track that happens to fall as the third track of the album. Two-headed boy combines the subtly manic delivery of Mangum with a driving acoustic strum throughout it, while The Fool uplifts us in a fragmentary way with a horn performance reminiscent of a soldier’s funeral.

Holland, 1945 goes back to the usual booming catchiness that’s attached to a Neutral Milk Hotel track, with Communist Daughter being a complete curveball with a close and uncanny moment on the record. It’s honestly my favorite track. Oh Comely takes every element from the record into one excellent eight-minute piece with Ghost going back to the fast-strumming melodious infectious nature of the album.

[untitled] feels like an alien-like jam session with sounds you normally wouldn’t associate with the rock and punk-like groove throughout the track. Then, the record comes to a perfect closing with Two-Headed Boy Pt. 2 with an ambient opening that eventually leads us to the same melody attached to the fourth track on the record.

As grand and uncommon as the music is on this record, the lyricism is what draws the most attention for the most part. Mangum has an interesting lyrical approach that seems to combine references from completely unrelated subject matter.

When you were young, you were the King of carrot flowers

And how you built a tower tumbling through the trees

In holy rattlesnake that fell all around your feet

And dad would throw the garbage all across the floor

And from above you how I sank into your soul

Into that secret place where no one dares to go

And your mom would drink until’ she was no longer speaking

And dad would dream of all the different ways to die

Each one a little more than he could dare to try

Mangum reportedly bought the Diary of Anne Frank while on tour before writing the record and felt emotionally connected to her story after reading it. Thus, we see the tracks Ghost and Holland, 1945 as an unearthly depiction of Anne Frank’s life.

I know you live within me

Feel as you fly

In thunder clouds above the city

Into one that I

Loved with all that was left within me

Until we tore in two

And there’re so many waiting here for you

And she was born in a bottle-rocket

With wings that rings around a socket

Right between her spine

All drenched in milk and holy water pouring from the sky

I know that she will live forever

She won’t ever die

And now she knows she’ll never be afraid

To watch the morning paper blow into a hole

Where no one can escape

And one day in New York City baby

A girl fell from the sky

From the top of a burning apartment building

And when her spirit left her body

How it split the sun!

I know that she will live forever

And now she knows she’ll never be afraid

To watch the morning paper blow into a hole

Where no one can escape

The only girl I’ve ever loved

Was born with roses in her eyes

But then they buried her alive

With just her sister at her side

And only weeks before the guns

All came and rained on everyone

On empty rings around the sun

All sing to say my dream has come

But now we must pick up every piece

Of the life we used to love

Just to keep ourselves

At least enough to carry on

And now we ride the circus wheel

With your dark brother wrapped in white

Says it was good to be alive

But now he rides a comet’s flame

And won’t be coming back again

The earth looks better from a star

That’s right above from where you are

He didn’t mean to make you cry

With sparks that ring and bullets fly

On empty rings around your heart

But now we must pick up every piece

Of the life we used to love

Just to keep ourselves

At least enough to carry on

And here’s where your mother sleeps

And here is the room where your brothers were born

Indentions in the sheets

Where their bodies once moved but don’t move anymore

And it’s so sad to see the world agree

That they’d rather see their faces fill with flies

Mangum has confirmed Anne Frank was a significant inspiration on the record but has said the album can mean whatever the listener wants it to mean. Whether Anne Frank is the central character of this unconfirmed concept album, or she was simply an inspiration for it, we’ll probably never know.

Since it’s release in 1998 and Neutral Milk Hotel’s break-up in 1999, In The Aeroplane Over The Sea has managed to sell over 400,000 copies, with it reportedly selling 25,000 copies a year since. It’s hard for any record to remain so relevant, but especially one that only required a pressing of 5,500 CDs and 1,600 vinyl copies during its original release almost 23 years ago.

The group did a brief reunion from 2013 to 2015 that also saw a box-set release which included a few unreleased tracks they recorded in the 1990s. However, that reunion quickly came to an end as they announced their 2015 tour would be their last for the foreseeable future. Meanwhile, Mangum has released a handful of solo releases since Neutral Milk Hotel’s original disbandment but spends most of his music journey being the co-founder of Elephant 6, a loosely defined musical collective in the U.S.

Upon analyzing it a bit further, to me, the album represents growing up and achieving the sense of freedom attached to being an adult while also having to deal with the negative reality of life as an adult. There’s a sense of obliviousness and lack of care about serious subject matter when you’re a kid and I couldn’t agree more. As a teenager, the idea of being independent and on my own felt ideal. Now in my early twenties, all I want to do is go back in time when there wasn’t a care in the world. 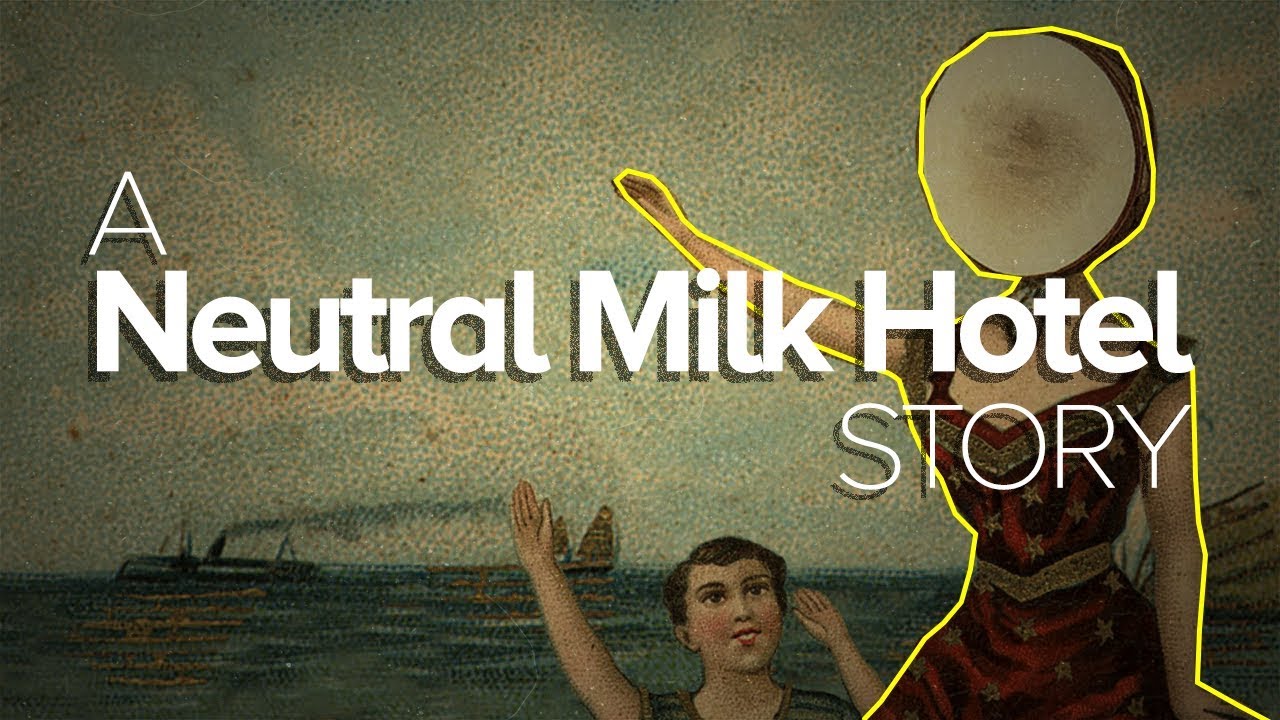 The Story of Neutral Milk HotelJanuary 22, 2021 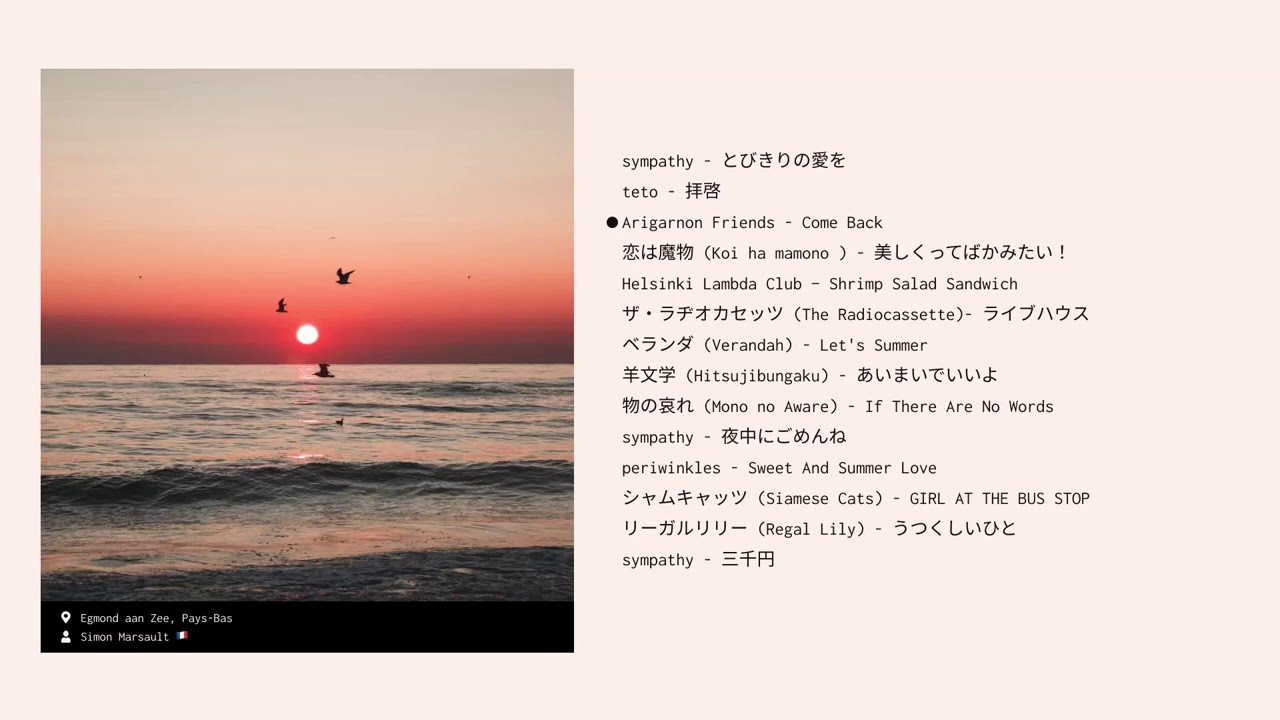